Food for your YA fantasy craving!

Food for your YA fantasy craving! S.E. Campbell’s “Until We Meet Again” thrusts Eden in the middle of good vs evil where the young protagonist faces the ultimate task–or risk enternity in hell. http://ow.ly/jXeLR

Behind the Book: The Willmakers (Kent Breazeale)

Summary:
Her love for God, her love for others, and overwhelming death all mark the story of Ann Wallace. In the spring of 1874, called by God, Ann sets out along the unsettled Natchez Trace. As those who later accompany are murdered at the hands of Maggot Mays and the other highwaymen, Ann begins to question her faith, her dedication, and her service to God. It is about twenty years later that Ann realizes the tragedy endured along the Natchez Trace was all part of a Divine plan and those who died for her mission were “the Willmakers.”

First, tell us a little about you – the writer and the man.
Writing fiction allows me to release my imagination.  I see what the characters see, I hear the sounds that they hear, I feel the emotions that they feel and I live the story as they live it.  I can’t imagine another form of writing that could be more satisfying.

What inspired you to write The Willmakers?  To choose the period you chose for this story?
Inspiration for The Willmakers came from a story told to me by a fellow missionary in Tanzania about a husband and wife who had lived their lives in a remote area of Africa as missionaries.  In retirement they left Africa feeling as complete failures because they couldn’t think of even one person they had led to Christ through the years.  Just before their deaths they were visited by a man they had taught when he was a child.  He had become an evangelist and was leading vast numbers to Christ.  Spiritual success is not always visible and faith in God, though not always easy, is always necessary.

Without giving story spoilers, tell us a little about Ann Wallace, the person.
Ann Wallace is a missionary of meager means and she is a single mother.  The odds are stacked against her even before she begins her journey.  The thing she has in her favor is determination.  And though she is unaware of it, God has already chosen her as a person to further His will – a willmaker.

The Natchez Trace and the history of how travelers were in danger of being robbed, raped or killed by highwaymen are prominent in your book.  What led you to these points in the book?
The Trace was a trade route to and from Natchez, Mississippi used by Indians, settlers and mail carriers known as post-riders.  The route was home to many bands of outlaws, some known to be inhumanly mean and vicious such as John Murrell and his gang.  But none were as notorious as the Harpe brothers.  Big Harpe and Little Harpe would kill and disembowel their victims; possibly to create a reputation so ferocious and terrible that even the lawmen of their era were fearful to come face to face with the Harpes.

What do you want readers to take away from having read your book?
I simply want readers to enjoy the story.  When I start a story, seldom do I know how it will end.  The characters come to life and move the story forward for me and I want it to be the same for the reader.  If a reader sees and feels what the characters see and feel then I’ve told a good story.

Other titles by Kent Breazeale
The Chosen One (5 stars; short story)
The Mind of Payne (in progress)

In her debut novel, Crossing Values, Carrie Daws seems to have accomplished what she intended: a book that reinforces accountability among unmarried men and women, healing from past hurts, and family uniting in difficult circumstances.

A “sweet” and quick read, Crossing Values offers its share of conflicts as the well-rounded characters find that anything worth having is worth fighting for and that sometimes the fight may well be an internal one.

At first thought, I wondered if such a short book –not to mention one from a first-timer– could pack the punch I wanted. It did. And then some.

Daws successfully penned a novel that has strong “crossover” appeal (pun intended). The author’s voice is impressive –especially in a debut novel.

The sequel, Ryan’s Crossing, was released on August 20, 2012 (Paperback and Kindle). Can’t wait to see where this story goes and follow this author’s progress.

Crossing Values and the sequel Ryan’s Crossing on Amazon

On the author’s website, get a 7 Day Devotional and A Discussion Guide to go along with Crossing Values.

Connect with the author @CarrieDaws and on FB.

Disclaimer: This is an uncompensated review completed as part of the CWA Review Crew. The opinions are solely those of the reviewer –unbiased and straightforward.

Short story packs a punch; ‘The Chosen One’ already a favorite among readers 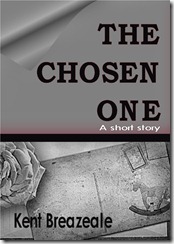 When Kent Breazeale agreed to offer his short story for free on Smashwords, I knew readers would take to his voice and style instantly. What I didn’t expect was that within two hours after “going live”, The Chosen One would become a readers’ favorite.

In only the way that Kent can do, the voice depicted in The Chosen One is richly southern, set in a period when things were different –times were hard and whites and colored didn’t mix, much less become family.

In less than 2,900 words, The Chosen One connects the reader with the innocent hope of a child, unconditional love, loss, and finally acceptance as a young disabled boy comes to realize that blood is not always thicker than water.

I can only imagine how readers will receive Kent’s full-length novel, The Willmakers, which will soon be released for Kindle, Nook, and most e-reader platforms. RWHI is actively marketing the print rights to the novel.

Be sure to drop by download your free copy of The Chosen One. You won’t regret it!

———————
About Kent Breazeale  @rkbreazeale
Kent Breazeale has loved the art of story telling since he was a young boy, evident in his collection of short stories that illustrate his natural art of storytelling. His first completed novel, THE WILLMAKERS, is a story that reflects God’s grace and the value that he places on each one of us and how he uses our imperfections to further his will.

Kent and his wife Deb served as missionaries in the remote village of Bullima on the plains of Tanzania, East Africa. They currently live in Falkner, Mississippi with their adopted lab Harley.

Kent is currently writing a second novel about a young psychologically ill boy by the name of Payne Isaac entitled THE MIND OF PAYNE.

——————–
Media/Interview/Review inquiries:
For a review copy for online or print reviews, or interview requests: redwritinghoodink@gmail.com

Working at McGraw-Hill is different from the types of publishers we seek for Kim’s new novel, but Kim is able to draw from her experience in the industry, especially her understanding and access to promotion resources, to make her work the best it can be.